Top Orthodontist and Invisalign® Diamond Plus Provider in Miami, FL

We have one important mission at our Centre for Invisible Orthodontics: to develop a personal relationship with each patient, and provide the most comfortable path to a better life through quality dental health and a pleasing smile from our Miami, FL location. Each patient is greeted warmly, seen quickly, and treated with the latest in dental and orthodontic technologies, including the Invisalign and Invisalign Teen systems. 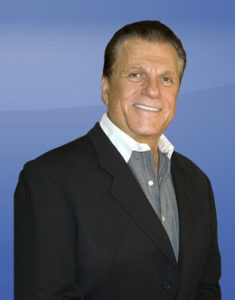 Dr. Grussmark has treated thousands of patients since he entered private practice more than 30 years ago. He is a true pioneer in the use of Invisalign, which he has studied and worked with since the invisible braces product was introduced in 1999.

Serving as a captain in the Air Force and stationed in the Philippine Islands, Dr. Grussmark worked closely with the local orthodontists when children of servicemen required orthodontic intervention. After the Air Force, Dr. Grussmark returned to school to complete his orthodontic residency at Fairleigh Dickinson University in New Jersey, earning his Master of Science in Dentistry degree.

His professional affiliations include the American Association of Orthodontists, the South Florida Academy of Orthodontists (past president), and the Florida Cleft Palate Association (past president), among others. In addition to his private orthodontic practice, Dr. Grussmark has taught at the University of Florida as an assistant professor of clinical orthodontics for nine years.

What is an Invisalign® Diamond Plus Provider?
What should I look for when choosing a new orthodontist?
What else can an orthodontist do for my smile?

What is an Invisalign® Diamond Plus Provider?

What should I look for when choosing a new orthodontist?

When looking for a new orthodontist in Miami, FL, you should consider their experience, education, and qualifications. Dr. Grussmark has an extensive orthodontic and dental background and is a top 1 Diamond Invisalign provider. When it comes to Invisalign, Miami patients should visit the best orthodontist in Florida, Dr. Grussmark.

Another thing to consider is how you feel in their office. Our expert staff strives to provide the best dental care and service in a welcoming environment. We know dental work can be intimidating to undergo, and we’ll do everything we can to help you feel at ease.

What else can an orthodontist do for my smile?

While general dentists can provide orthodontic treatments, only an experienced orthodontic like Dr. Grussmark offers an array of quality orthodontic solutions. With years of experience and education, treatment with our Miami Invisalign orthodontist will be precise, comfortable, and streamlined.

Regardless of your case’s severity, Dr. Grussmark will work hard to find the best treatment for your individual orthodontic needs. Schedule an appointment to discover how our top Invisalign orthodontist in Maimi, FL, can transform your smile.